Enhancing Cultural and Ethnic Harmony among the Communities in Northern Pakistan 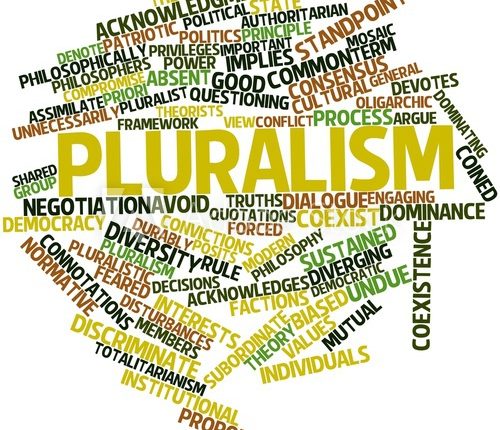 For human being diversity in terms of physiognomy, religion, ethnicity, culture and language has remained a perpetual existential reality that forces humans to create conducive environment for diverse people to interact within the framework of a social contract of a particular culture.

A hallmark of great nations is that they do not avoid challenges; rather, they intellectually and practically engage with them and bring about change in society.

One of the challenges faced by modern societies was the issue of pluralism that is described as “a state of society in which members of diverse social groups develop their traditional cultures or special interests within a common civilisation.”

The contours of the modern discourse on pluralism were shaped during the late 19th century in the United States of America. It was a period when American society experienced industrialisation, urbanisation and influx of people with heterogeneous cultural, racial, and religious backgrounds. These changes generated host of complex issues and added diversity to the growing society of America. William James called it pluralism. He saw it as a wonderful philosophical and psychological opportunity to expand the meaning of life and to explore the complex avenues of a variegated society hitherto unexplored.

After James, social scientists and thinkers felt that the new world of pluralism demands radical transformation of society, government, economy, religious ideas and ultimately of human being themselves. As a result, many societies underwent drastic changes in the twentieth century.

Although diversity is strength, it is also fraught with potential threats if it is pursued without proper understanding. Currently, much attention is paid to tolerance, without taking into consideration the undesirable results that can be produced from tolerance bereft of understanding. One can still tolerate others, whilst harbouring hatred, prejudice and dislike against them. Nevertheless, better understanding removes biases and paves the way for healthy and pluralist society.

Chitral, Gilgit-Baltistan, Indus-Kohistan and Swat in the northern part of Pakistan is home to heterogeneous cultural, linguistic and religious groups. Historically, it is comprised of valleys with a social and governance structure indigenous to the region. It is the indigenous systems that enabled people to negotiate diversity. However, there are times when a majority ethnic group tried to impose their identity on smaller communities under duress. For example, onslaught on the Dardic people in Swat and in Dir in the 16th century led to either purging people from their own land and merging of their identity with majority culture or ascribing unknown identities to them. Similarly, Dawoodi (Domaki) speakers in different valleys were marginalized community of musicians and blacksmith. Over the time they were assimilated into majoritarian culture of Gilgit Baltistan.

Adding to this in the modern time sectarian conflict emerged as the major issue in Gilgit-Baltistan in the later half of the twentieth century. This led to sectarian strife for more than three decades. This has brought about shift in the basis of identity from culture to sect. In the social setting of Gilgit-Baltistan sectarian sentiments are still at operate latently. Also, the historical memories of different communities are feeding into contemporary narratives of identity and politics.

In culturally, linguistically and religiously diverse communities like Chitral, Gilgit-Baltistan, Indus-Kohistan, Swat and Dir, the politics and narrative of single identity at the cost of multiple identities can prove disastrous for the peace and stability of society. Another major reason for the increasing disharmony among the communities of Northern Pakistan is disintegration of the local system and social contracts that evolved out of the centuries of interaction. In their stead, modern institutions of states entered into society as a gel to diverse communities. However, the unitary zest of the modern state proved more disastrous for local communities as instead of enabling them to make a smooth transition from traditional to modern, they were alienated and pushed into limbo. It resulted in disharmony between state and society, culture and religion, and communities from different linguistic, religious and ethnic groups.

To ward off negative fallouts of diversity, it is imperative to negotiate pluralism. This can enrich all the communities living in the northern Pakistan by accommodating each other. For that purpose, it is indispensable to establish platforms and create common spaces for diverse local communities to engage in dialogue with other communities on the one hand, and build a local narrative regarding common issues faced by the society. These will pave the way for harmonizing the diverse aspiration and interests in an organic whole with respecting and celebrating diversity.

Khushal Khan Khattak was neither a Turk nor a hermit