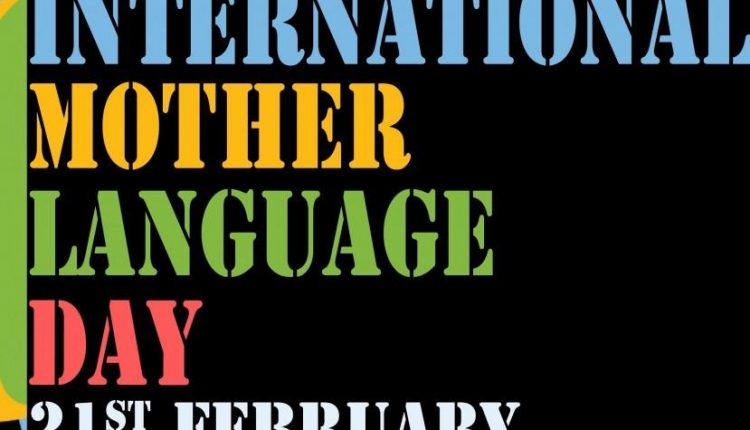 Every 21st of February, countries around the world – including Pakistan – celebrate the International Mother Language Day. This holiday is a recognition of Bangladesh’s Shohid Dibôsh (Martyr Day) by UNESCO in 1999. Shohid Dibôsh is a celebration of the martyrs of the Bengali language movement in 1952, when Pakistani police open-fired on a protest injuring many and killing Abdus Salam, Rafiq Uddin Ahmed, Abul Barkat and Abdul Jabbar. These four students were killed by the Pakistani police because they wanted Bengali to be recognised as a state language. While Bengali was finally officially recognised as a state language in 1956, this occurred at a high cost.

And, while it is possible to argue that language was not the main factor in the break-away of East Pakistan from the Islamic Republic of Pakistan; one can also argue that the status of a language in a country is reflective of the status of the people in a country. Bengali, even though the language of the majority of the population of Pakistan at independence, was not considered a national language until 1956.

If the status of a language alerts us to the status of the communities that speak the language, then what does it tell us about the status of the majority of Pakistani languages and the status of the people who speak those languages. With exceptions, a large number of Indigenous communities in Pakistan continue to be poor: there is no economy or early mother tongue literacy in their languages. In addition to research, most people with a common-sense will know that learning in mother-tongues is easier and better for the children. Yet, our governments insist on Urdu or (selected) regional languages as the medium of instruction in education, while English is preferred as the marketable medium-of-instruction in private schools. Within these languages, the dialects spoken by the urban elites are considered standard. This further discriminates against people who speak non-urban or non-elite dialects of the language – and there is an almost total neglect of speakers of Braille or sign languages. Pakistan today continues to follow policies and practices – inherited from its colonial master(s) – that lead to the disempowerment of the majority of our people. How can this be good for the country or its peoples?

One can now argue if the empowerment of elites continues to happen at the cost of the disadvantaged. And, once one argues that, more questions arise:

Has Pakistan learnt any lessons from a day that condemns how it suppressed its own people and languages?

Does Pakistan continue to maintain the control of resources by the few who have access to standard dialects of recognised regional, national, and international languages?

Does Pakistan continue to supress its people who come from non-standard language backgrounds?

Does Pakistan hope to achieve unity and harmony if the majority of its people lack access to their fundamental human right: language?

And, what is the point of speaking and writing about the International Mother Language Day when our languages continue to be disempowered today?

Ahmar Mahboob, Ph.D. is Associate Professor at the Department of Linguistics at The University of Sydney, Sydney Australia.