Subaltern linguistics: A call for action

From Ramsey Centre for Western Civilization to subaltern linguistics: A call for action 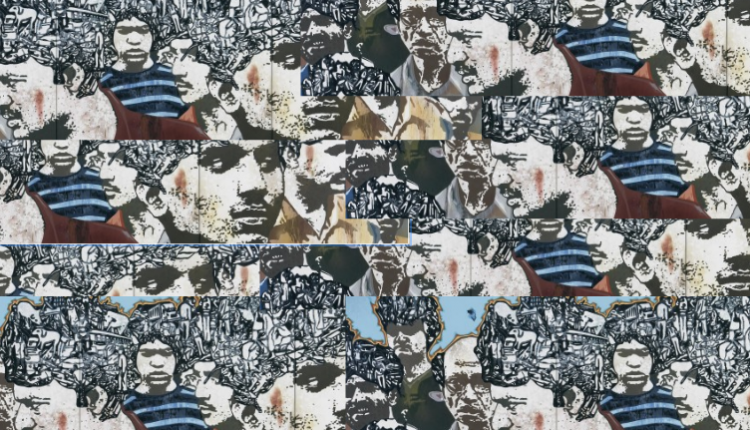 “Ahmar, my friend, you live in Western civilization, speak and teach the language you see as highly oppressive, yet enjoy the benefits of the freedom it affords you to do so, to criticize it publically.” (a comment on my Facebook post that shared the following article: https://www.megaphone.org.au/petitions/university-of-wollongong-reject-the-secret-ramsay-deal)

This is not the first (nor last) time that people have made such comments to me. I want to take a moment to respond to them.

First, it is not just the Western societies that provide freedom to critique a government, policy, or practice publicly. Freedom of speech is, was, and has been part of most civilisations. If freedom of speech is supressed in some parts of the world at particular points in history, it is most likely a consequence of complex local-global politics; not a feature of civilisations.

Second, I don’t find English or any other language oppressive. Language in itself is not oppressive. It is the use of language (including language policies) that can be oppressive.

My critique of a Centre for Western Civilisation has nothing to do with where I live and what language(s) I speak.

So, why do I oppose the Ramsay Centre for Western Civilisation. There is no single reason for this.

And, at the same time, source countries that invested heavily in its people are now left without the skill labour.

“Mr. Bray’s book will be useful, not only to students of language, but also to those whose official duties take them into Baluchistan, for it is built on eminently practical lines”. (p. 912)

Note that empowering the communities is NOT a goal of linguist. Linguists studied community languages in order to further colonial rule. A read of Bray’s grammar (as well as his description of the people/culture) of Brahui shows that he had only ONE primary source for all his work (this source was a middle-class Brahui who used to be loyal to the Khan of Khalat, the head of the Brahui Confederacy, before he was employed by the British); he discounted variations; and, he considered the Brahui to be an impure race and their language primitive.

This reductive research methodology was adopted by many other colonial researchers who often based their research on data collected from a single person and then built a thesis on that. This has been posing many challenges to the communities in question. One such example is the name ‘Kohistani’ given to a large number of indigenous communities living in parts of Afghanistan and in northern Pakistan. This name was used by the colonials mainly because these indigenous communities were so called by the Pushtuns, who informed the British about the mountain communities.

Regardless of these issues, Bray’s work is still considered an authority. Bray, while noting that Brahui was spoken across a large region by people who were bi-/multi-lingual, did not consider that Brahui might have been a creole language [I am not stating that Brahui is a creole language; but there is a possibility that it might be]. He categorised Brahui as a Dravidian language based only on selected features between Brahui and Dravidian languages. He discounted the fact that Brahui-speaking people looked nothing like the Dravidian people and that the local etymologies and narratives say/said that the people had come from Aleppo.

There are grounds to question Bray’s categorisation of Brahui for a number of linguistic and non-linguistic reasons. One non-linguistic reason was the British belief that the Dravidian people used to live over large parts of north and west India (and not just the south) and were pushed out by the Aryans. Arguing that Brahui has a Dravidian heritage, when there are/were no other Dravidian languages in the region, was used as evidence to support this belief.

Although making strong claims about the relationship between Brahui and Dravidian languages, Bray realised that his arguments were not infallible. In fact, he tried to avoid being questioned about his grounds for making this claim by stating:

… room cannot be found in this essay for an exhaustive treatment of the theme: gaps will necessary be left in the arguments, difficulties will be glossed over, all but the most salient features omitted, and the conclusions stated in an inevitably dogmatic form. A full presentation of the case in all its ramifications must in fact be reserved for a separate volume. (p. 9)

Bray never wrote that volume. The notion that Brahui is related to Dravidian languages became – and continues to be – a common belief (a quick search of Brahui on the internet will confirm this). His categorisation continues to be used today, even though we now know the problems with his data collection and analysis; and are aware of his negative evaluation of the Brahui people (including making his primary source of data sound uneducated, superstitious, and ‘backwards’).

Not only does Bray discredit local narratives in favour of what he thinks/believes to be right, but he writes:

There is very general feeling among his neighbours that Brahui is a strange language, a jargon too uncouth for ‘gentility’, and feeling is shared in some measure by the Brahuis themselves, who do not hesitate to employ Baluchi or Pashtu on the slightest excuse. (p. 6)

While, few (if any) modern linguists would consider Indigenous people as an impure race or savages, or their languages primitive or uncouth, there is little change in the way that language documentation is carried out today. Linguists still go into the field, collect data (from more than one source), write their grammars, and leave. They claim that they do it for the benefit of the community – but there is little evidence of any such benefits. What is pretty clear is that such work benefits linguists in their professional lives.

Modern descriptive linguists are quick to point out that their work helps to give recognition to the language and is essential for language revitalisation. This new justification now replaces the goal of helping British civil servants and officials. However, there are few differences in the research methodologies and the outcomes produced by modern linguists: they still go to the field with the aim of collecting information about a language and then use their data to write a grammar. Writing a grammar is seen as a key requirement to become a ‘linguist’.

Descriptive linguists today – like those during the colonial period – write grammars that are not accessible to the majority (if any) of local population. And while the linguists make a career out of the work they do, the local communities that they study continue to suffer and abandon their languages.

How is such a linguistics post-colonial?

Why do we write grammars that cannot be used by/in the communities?

To develop a linguistics that supports disempowered communities, we need a subaltern linguistics.

With at least some of our disciplines rooted in colonial ways of thinking and doing, one could argue that some parts of western universities are already Centres for Western Civilization. We therefore don’t need an additional Centre for the same purposes.

Given the colonial influences on at least some of (or some aspects of) our disciplines, I would think that we should call for an independent audit of the western universities to explore how much of what is taught as knowledge for all is grounded in and supports western civilization.

If, like linguistics, other disciplines still carry colonial baggage, then, I’d argue, we need to revise our disciplinary agendas, practices, outcomes and goals to become ‘responsible academics’ – academics who are not only seeking to publish and get promotions, but who work with communities to empower them – whether these communities be in the west or elsewhere.
The writer Ahmar Mahboob, Ph.D. is Associate Professor at the Department of Linguistics at the University of Sydney, Australia.

Ahmar Mahboob, Ph.D. is Associate Professor at the Department of Linguistics at The University of Sydney, Sydney Australia.

The new Great Game on the Roof of the World